Amethyst: All you Need to Know About the February Birthstone

Magazine Gemstones A Guide to

February is, of course, synonymous with love and romance, but did you know its patron saint may also have been a fan of this month’s birthstone – the amethyst? According to some historical accounts, St Valentine was said to have owned an amethyst ring carved with an image of Cupid no less.

Valentine wasn’t the only fan: Cleopatra wore an amethyst ring engraved with the image of the Persian sun god Mithra and English kings and queens have used the gemstone in their regalia since the Middle Ages. These days the gemstone is popular with pop royalty Katy Perry. The word amethyst comes from the Greek word ‘methustos’ which means ‘not intoxicated’. This is because the Ancient Greeks believed that the stone could cure drunkenness and would typically carry a piece when drinking to help boost resistance. Amethyst also shows up in the Bible, and it is said that the stone was used to construct the 12th foundation of the Holy City.

Everyone will be familiar with amethyst’s striking hues – ranging from a deep purple to a light pink, making it a stone of beauty and quality. The gemstone is formed from quartz – the second most common mineral on Earth. However, its colours are formed by iron impurities in the rock. Amethyst is found in a variety of countries around the world, such as Brazil and Uruguay, and it is both a hard and durable material. It makes the perfect match for white gold setting, with its striking purple hues looking particularly lovely against the shiny, silvery background. Subtle variations in colour, shape and inclusions provide clues to its origin. 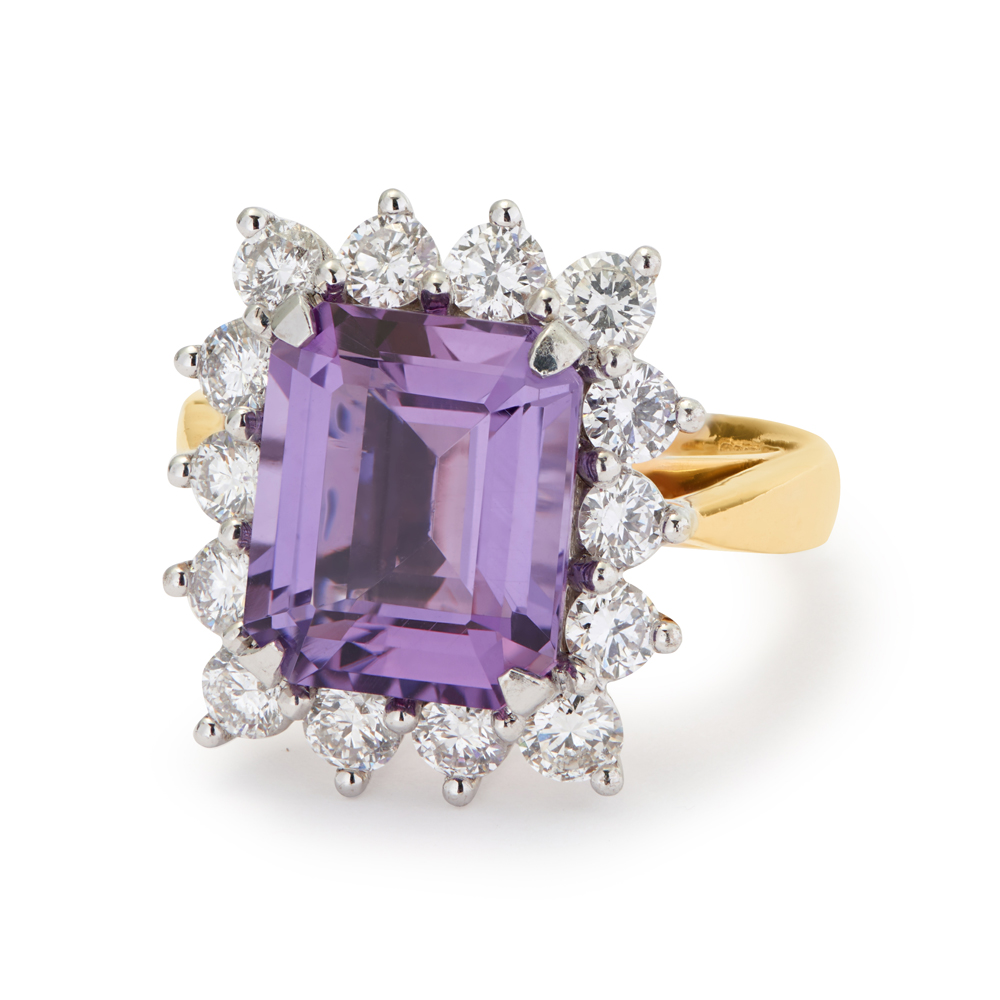 As with all gemstones, amethyst is thought to have a number of meanings, including clear-mindedness, strength, peace and stability. Medieval soldiers wore amethyst amulets to keep them safe in battles and during the Renaissance stones were often fashioned into the shape of a bear as another protective charm. Leonardo da Vinci even believed it had the ability to fend off evil thoughts and encourage intelligence. Although a durable option for beautiful pieces of jewellery, amethyst must be properly cared for in order to maintain its lustre.

If you own amethyst, be sure to keep it away from severe temperature changes, as this could cause the stone to crack. Additionally, try to store the stone away from direct sunlight, as too much exposure could result in colour loss. As with most things in life, the rarer it is, the more expensive it is – and the same can be said for gemstones. For a while, amethyst commanded similar prices to diamonds. However, significant discoveries, particularly in South America, means that today it is widely available and, therefore, relatively affordable, making it a great option for any piece of jewellery.

As well as February’s birthstone, amethyst is also used to celebrate sixth and 17th wedding anniversaries. So, whether you’re searching for a gift for a loved one, a friend or even yourself, this lovely stone will never disappoint. 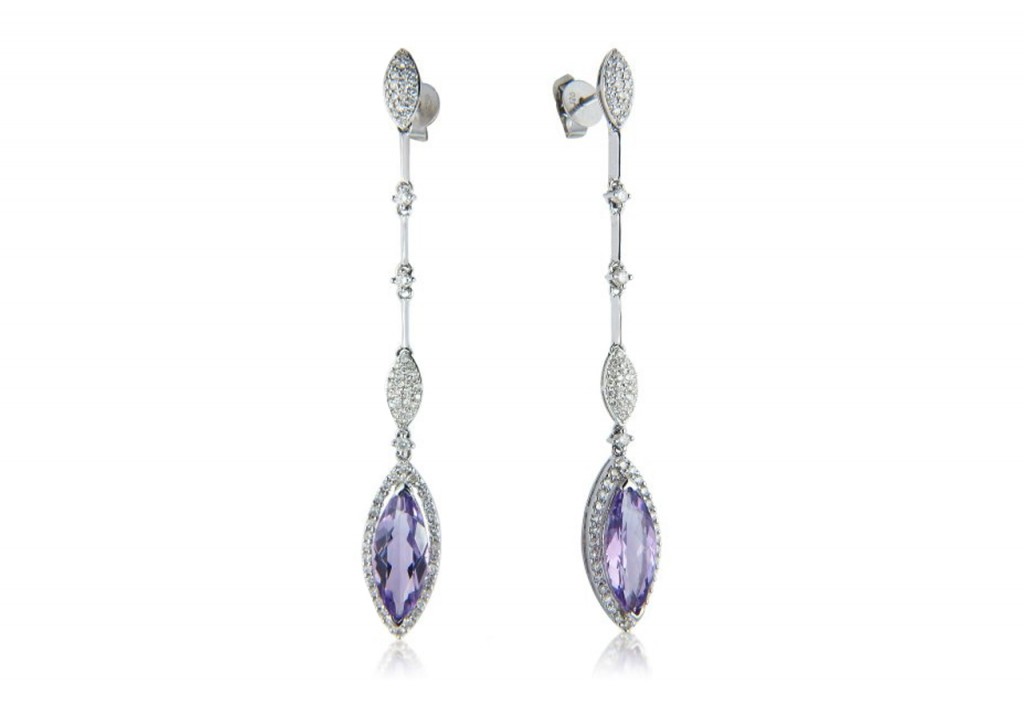 Why not get started with this pair of delicate amethyst and diamond marquise cut drop earrings in 18K white gold?