Cut is always a big consideration when choosing an engagement diamond for your loved one. They represent things that are a cornerstone of a strong relationship: love, faith, and commitment.

There are so many choices between different cuts of rings because the cut can affect the look of the stone and many women choose the type of cut that they favour.

Two very popular cuts of stones for diamond engagement rings include the Cushion cut and the Emerald cut. 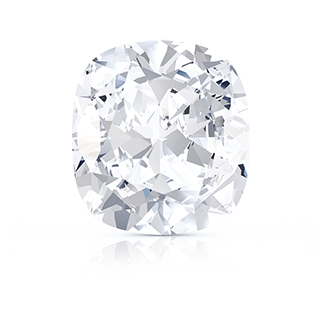 The Cushion cut is also known as the Pillow cut. These cuts are designed to look exquisite in candlelight. Compared to other cuts of rings, these have larger facets and more rounded corners. This aids their ability to appear as though they sparkle more in candlelight than other cuts of diamond.

The facet plan and rounded corners of Cushion cut diamond engagement rings make them appear as though they have more depth, which makes them very desirable.

The Cushion cut is kind of romantic. Diamonds with this cut seem to sparkle and glow during intimate candlelit dinners. These types of rings are often found at auctions, fairs and antique shops and fairs. However, since this cut has gained in popularity, some companies have begun to create engagement rings and other jewellery with a cushion cut stone. 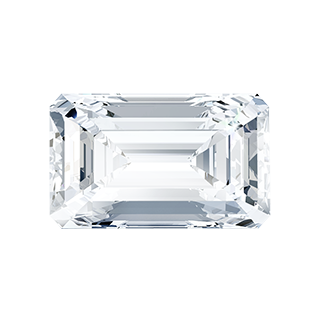 Another stunning cut of stone for a diamond engagement ring is the Emerald cut. This is a type of step cut where the facets resemble actual steps that are carved into the stone. The facets are broad with flat planes. The shape of the stone is rectangular with slightly cut corners.

The Emerald cut was named as such because initially the cut was made for use with emeralds. However, it was such a classic look that it started being used on diamonds as well.

The Emerald cut’s elongated shape is often matched with accent stones such as baguettes, or even other Emerald cut stones.

If your future fiancé has long and slender fingers, a single Emerald cut stone on her diamond engagement ring will make the stone appear even more elongated. This look can be very flattering for her hand. If she has shorter fingers, an Emerald cut may not be as flattering on her. A Cushion cut ring works well with fingers that are short. However, don’t put too much consideration on the most flattering cut of stone. Get the diamond engagement ring in the type of cut she fancies and buy her the ring of her dreams.