Besides a vast array of unique properties of a diamond, some of these stones can emit a soft-coloured glow when illuminated by ultraviolet light. This phenomenon is called diamond fluorescence. It occurs in about a third of all gem-grade diamonds that absorb radiation, when exposed to the ultraviolet light, and then re-emit it as visible light.

Some diamonds, scientifically referred to as phosphorescent, may continue glowing for a while even after the ultraviolet source is removed. Perhaps, the best example here would be the famed Hope diamond, whose colour changes from blue to red when under UV light and then glows red right after the UV light goes off. 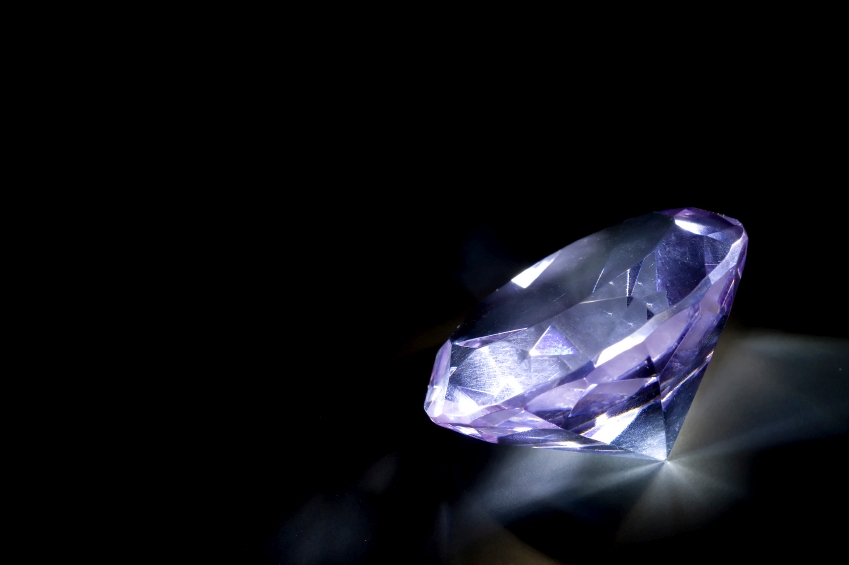 Even though diamond fluorescence is a hotly discussed topic in the diamond industry, the general opinion most jewellers agree upon is that the simple presence or absence of fluorescence should not influence anyone's decision when buying a diamond at all.

Here's why. Back in 1997 the GIA conducted a study on a visual perception of fluorescent diamonds in comparison to the non-fluorescent. The GIA staff selected a group of similarly graded diamonds but with varying degrees of fluorescence to be viewed and commented on by study participants. Participants of the study included trained diamond graders, trade professionals (jewellers), and untrained observers (general diamond jewellery buying public).

The study showed that the average untrained observer saw no difference in the appearance of both fluorescent and inert diamonds. Even more knowledgeable observers could not consistently agree on the effects of fluorescence from one stone to another. Also most observers saw no relationship between transparency and fluorescence.

In other words, for the general observer fluorescence didn't make any difference, while experienced observers (diamond graders and trade professionals) could not agree on the influence of fluorescence.

Although there is a special grading scale for diamond fluorescence, do not let it influence your choice when picking a diamond. Since even industry professionals cannot agree on the influence of fluorescence and tend to always split hairs regarding its effect, we feel that it falls within the range of unimportant trivia which serve to confuse rather than inform the diamond buyers. The levels of diamond fluorescence are described as 'Extreme', 'Strong', 'Distinct', None', 'Medium or Moderate', 'Slight' and 'Faint'.