A guide to fancy red diamonds

Magazine A Guide to 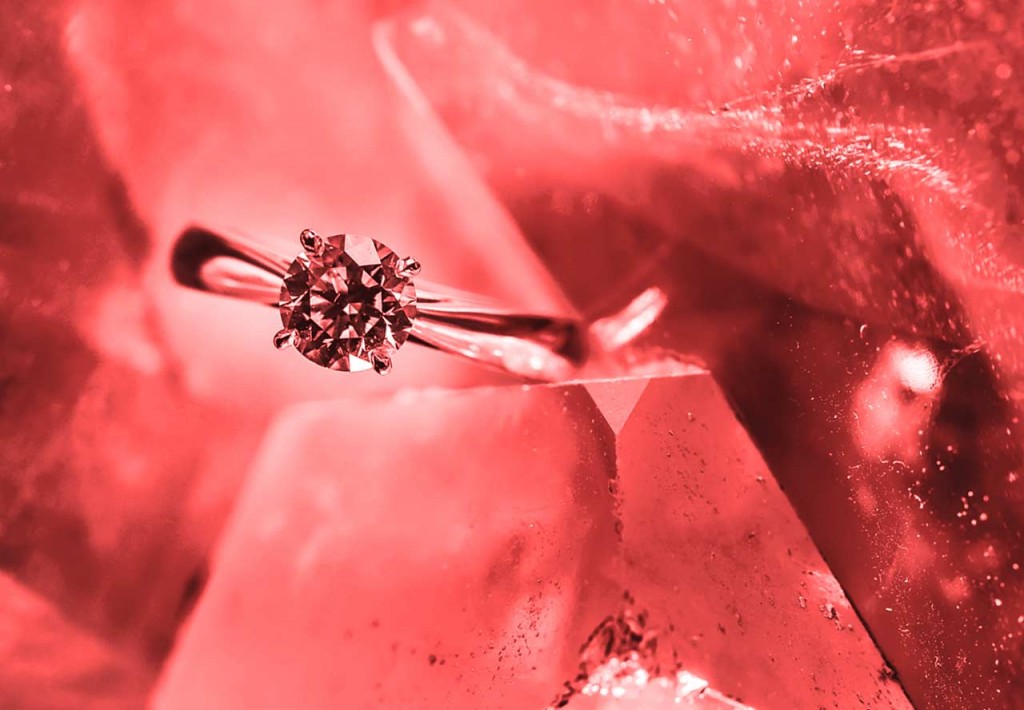 In the world of fancy-coloured diamonds, red stones are the rarest of them all. Fancy red diamonds are so rare, in fact, that between 1957 and 1987 there was not a single GIA (Gemological Institute of America) lab report issued for one. And the majority of those discovered are often less than a carat.

This explains why, earlier this year, the auction of a 2.11-carat fancy red diamond in New York hit the headlines on such a huge scale. The ‘Argyle Everglow’, found in Western Australia, is one the largest fancy reds to have ever been mined. As the rarest of the rare, fancy reds are very difficult to obtain and, when available, command the highest price per carat of all coloured diamonds. Their rarity means that they are highly sought-after by diamond enthusiasts and collectors.

How are fancy red diamonds formed?

Fancy red diamonds come from the same family as fancy pinks. The exact science behind how the colour of these diamonds is caused is still uncertain, however, a widespread theory attributes it to deformities in the soil. It is believed that small movements in the atoms of a diamond – a process called ‘plastic deformation’ – cause structural defects to the crystal lattice, which, in turn, creates a pink colour, or in the case of fancy reds, a red hue.

A very intense level of deformity causes a more intense red colour. Unlike most coloured diamonds, natural fancy reds do not have colour intensity grades. Since fancy reds are from the same family as fancy pinks, a ‘light red’ diamond could not exist, as this would simply make it a pink diamond.

A diamond is classified as red when the colour is so saturated it is no longer a deep or dark pink. Fancy reds are at their rarest and most valuable when they exist as pure red, however, very small numbers of diamonds exist in this form. More commonly the red colour is paired with purple, orange and brown hues.

A short history of the elusive red diamond

Fancy red diamonds are mined in Brazil, Australia and South Africa, and are so rare that they barely existed until the late-1980s. They gained prominence in April 1987, when a 0.95-carat round Fancy Purplish Red diamond fetched a record-breaking $927,000 per carat at a Christie’s auction and, since then, excitement has risen with every announcement of a new fancy red on the market.

Like other coloured diamonds, fancy reds tend to be cut into fancy shapes. This is because round cuts tend to produce a lower colour saturation as they reflect mostly white light. This makes the colour intensity appear weaker. A fancy shape, on the other hand, reflects less white light and, therefore, maximises colour saturation – important for showing off that fancy-coloured diamond to maximum effect.

The largest known red diamond is the ‘Moussaieff Red’, at a grand 5.11 carats. It was discovered by a Brazilian farmer in the 1990s, and measured 13.9 carats in its rough form. It was cut into a triangular shape and sold to the Moussaieff Jewellers in London for approximately $8 million.

Prior to the Moussaieff Red, the most famous fancy red diamond was the ‘Hancock Red’ – the first high-quality red diamond to be sold at auction, with its distinctive purplish-red hue. It sold at Christie’s New York in 1987 and, at just 0.95 carats, was comparatively small, yet broke the record for the highest price paid for a diamond per carat. It fetched $926,000 per carat, smashing the previous record of $127,000 per carat.

The ‘De Young Red’ is a 5.03-carat round red diamond. Aside from being the third-largest red diamond in the world, it is better known for its interesting history – it was mistaken for a garnet and sold at a flea market to Sydney De Young. Upon later examining the stone, De Young noted its unusually high quality, got it examined and discovered that the stone was, in fact, a red diamond.

If you’re looking for red stones but don’t quite have the budget for a fancy red diamond, why not take a look at our collection of ruby jewellery as an alternative, or if you have a red diamond you would like to turn into a bespoke piece, our jewellers would be happy to help.