A diamond that is cut properly can be breathtaking. One popular cut of diamonds that many love is the pear shaped cut.

Jewellers have gradually become taken with fancy cuts of diamonds as have the public. They used to be rare, but now they are more sought after than they were in the past.

Pear shaped diamonds are popular because they make a beautiful center stone in a diamond engagement ring or in a diamond necklace, just to name a couple of uses. 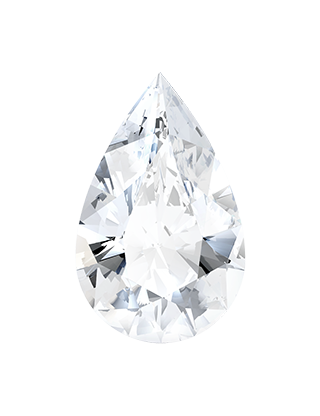 Pear cut diamonds look just as you might think. They are tear drop shaped, just like a pear. The great thing about diamonds in this cut is that they go well alone or paired with other gemstones or diamonds.

Like a Marquise cut diamond, a pear cut diamond can accentuate the length of the wearer’s fingers. Most women wear their pear shaped diamond rings with the tip of the pear pointing towards their fingers rather than pointing the tip towards their hand. With the tip of the diamond pointing towards the fingers, it gives the appearance of elongation of the fingers. Women who don’t naturally have long, graceful fingers will find that wearing a pear shaped stone on their ring will make their fingers appear to be longer.

A pear shaped diamond ring belonged to Elizabeth Taylor when she was alive. It was given to her by Richard Burton as an engagement ring. The stone, when brought from the mine, weighed a massive 240.8 carats. The stone was purchased by Henry Winston and he had the precious diamond cleaved on camera. The result was a rough weighing 24 carats and a rough weighing 162 carats. The ring that Richard Burton eventually gave to Elizabeth Taylor ended up being a massive 69.42 carats.