History of Round Brilliant Cut Diamonds

What woman doesn’t love diamond jewellery? A woman like this would be hard to find.

There are so many different cuts of diamonds available that most people can find a shape that suits their tastes. In fact, the cut of the diamond is considered to be one of the most important things about a diamond.

If a diamond is cut poorly it may render it worthless. The cut is used to give the diamond its shape as well as polish it. The cut refers to the level of symmetry in the diamond and it shows off the reflective qualities of the diamond.

A diamond that is well cut will be able to show off the maximum amount of fire, light, and sparkle- qualities that a diamond is known for. The cut can also make the diamond appear to be larger than it is. The most popular cut, above all others, is the round brilliant cut.

Hundreds of years ago, diamonds were not seen in jewellery. You could not find a poorly cut diamond anywhere because the diamond, rated the highest on the Moh’s scale of mineral hardness, was so hard that jewelers didn’t have the technology to cut it.

The first diamonds cut in the round brilliant cut were seen in the 1700s. Diamond cutting started to gain popularity at this time as technology began to catch up with the jewellery industry. 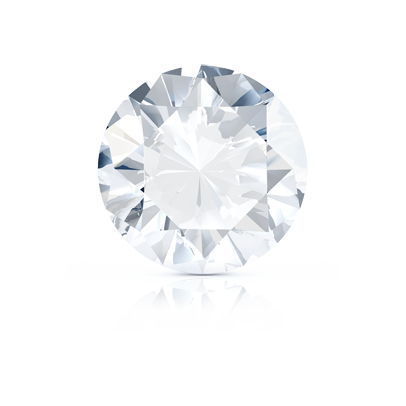 The round brilliant cut diamond is the most well-known and popular shape of diamond cut. It was first created in the 17th century, but it wasn’t until 100 years ago that the cut really started to come into its own.

With the technology that is available now, computers are used to determine the exact characteristics of a diamond, using light to increase the glow in a diamond. Computers are useful because they can give a stone perfect symmetry.

One of the great things about round brilliant cut diamonds in the eyes of jewelers is that it leaves very little waste of a rough diamond and will provide maximum value.

The princess cut is one of the more popular diamond shapes second only to the round brilliant. Both of these cuts are used to make beautiful diamond engagement rings and are likely to be favorites for many years to come.