If you are in search of an engagement ring that stands out from the crowd, look no further than the rare Padparadscha sapphire. This precious lotus pink gem never fails to dazzle and has even won royal approval in the form of Princess Eugenie's engagement ring...

The couple announced their betrothal in January, when they revealed the Princess’s stunning engagement ring, which features an oval Padparadscha sapphire surrounded by 10 brilliant-cut diamonds flanked by two pear-shaped diamonds on a yellow gold band  ̶  not dissimilar in stone arrangement to the ring her father, the Duke of York, presented to her mother, Sarah Ferguson, back in 1986. Eugenie, ninth in line to the throne, worked with her fiancé on the design of the ring and, in particular, the choice of the delicate pale pink central stone (you can see our full Royal Rings comparison infographic here). Since then, Diamond Rocks has seen a rise in popularity of ‘non-traditional’ pink gems. 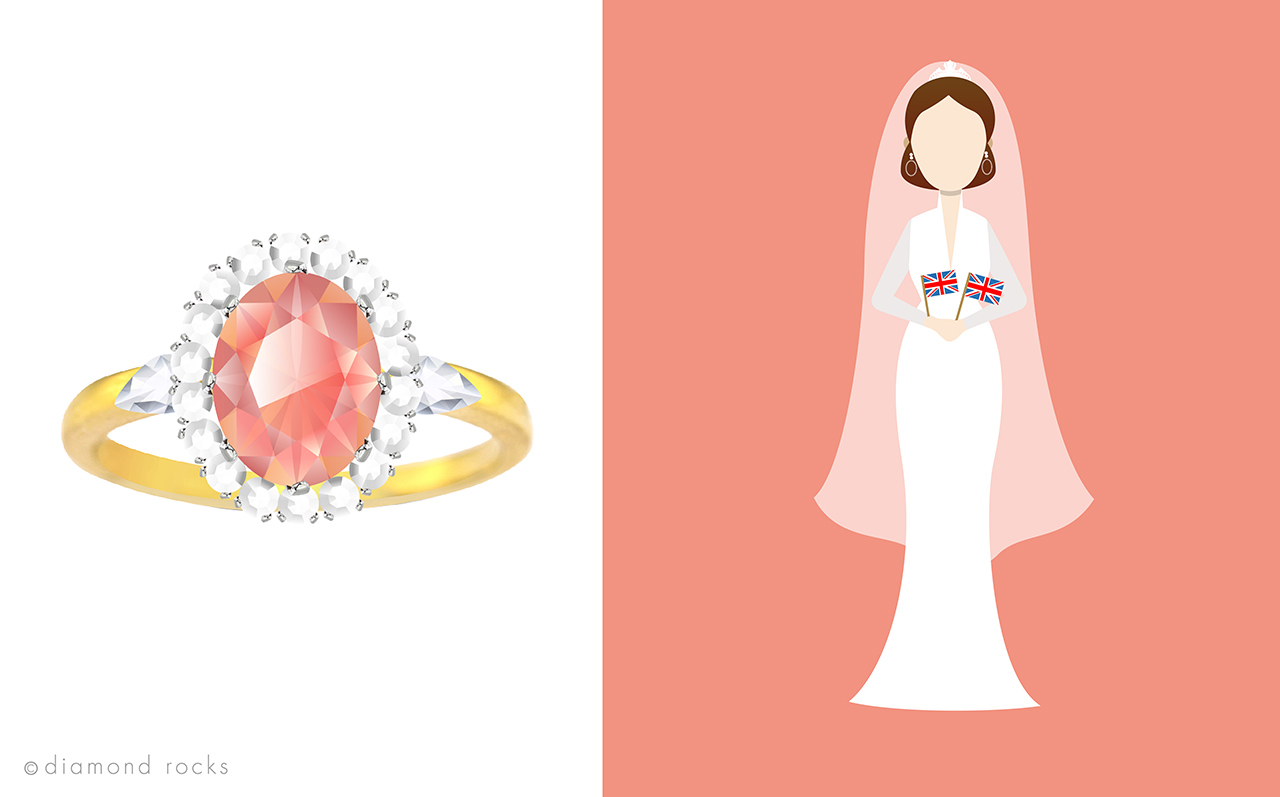 What is a Padparadscha sapphire?

The Padparadscha is the rarest form of sapphire. Originally discovered in Sri Lanka, the prized gem gets its name from the Sinhalese word ‘padma radschen’, meaning ‘aquatic lotus blossom’, which has a similar orange-pink hue and is also native to that region. While most Padparadschas are found in Sri Lanka, these coveted stones are now also being produced in Madagascar, Vietnam and Tanzania, though their quality is not considered as high by some experts, which affects their value. 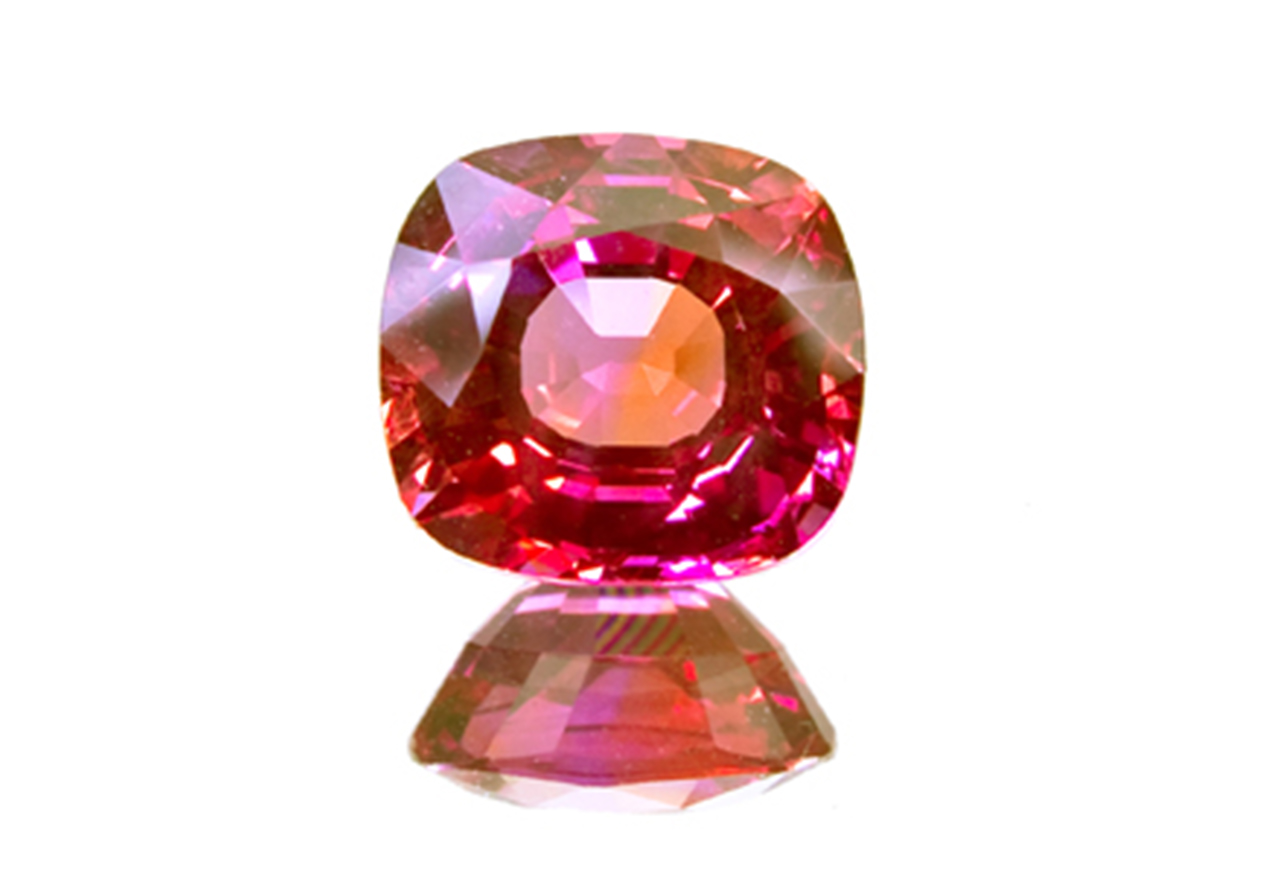 Padparadscha sapphires are a variety of Corundum, an aluminium oxide mineral that forms in crystals. They owe their colour to the additional trace elements of chromium and iron present during their formation. Unlike most sapphires, which are considered more valuable the more saturated the colour, in the case of Padparadschas, a medium saturation is often more highly regarded as these gems are expected to be pastel in colour and tone. Princess Eugenie’s flawless pale pink stone is the perfect example of this.

Padparadschas are second only to diamonds in their hardness, giving them a longevity that makes them ideal for setting in high-quality jewellery. 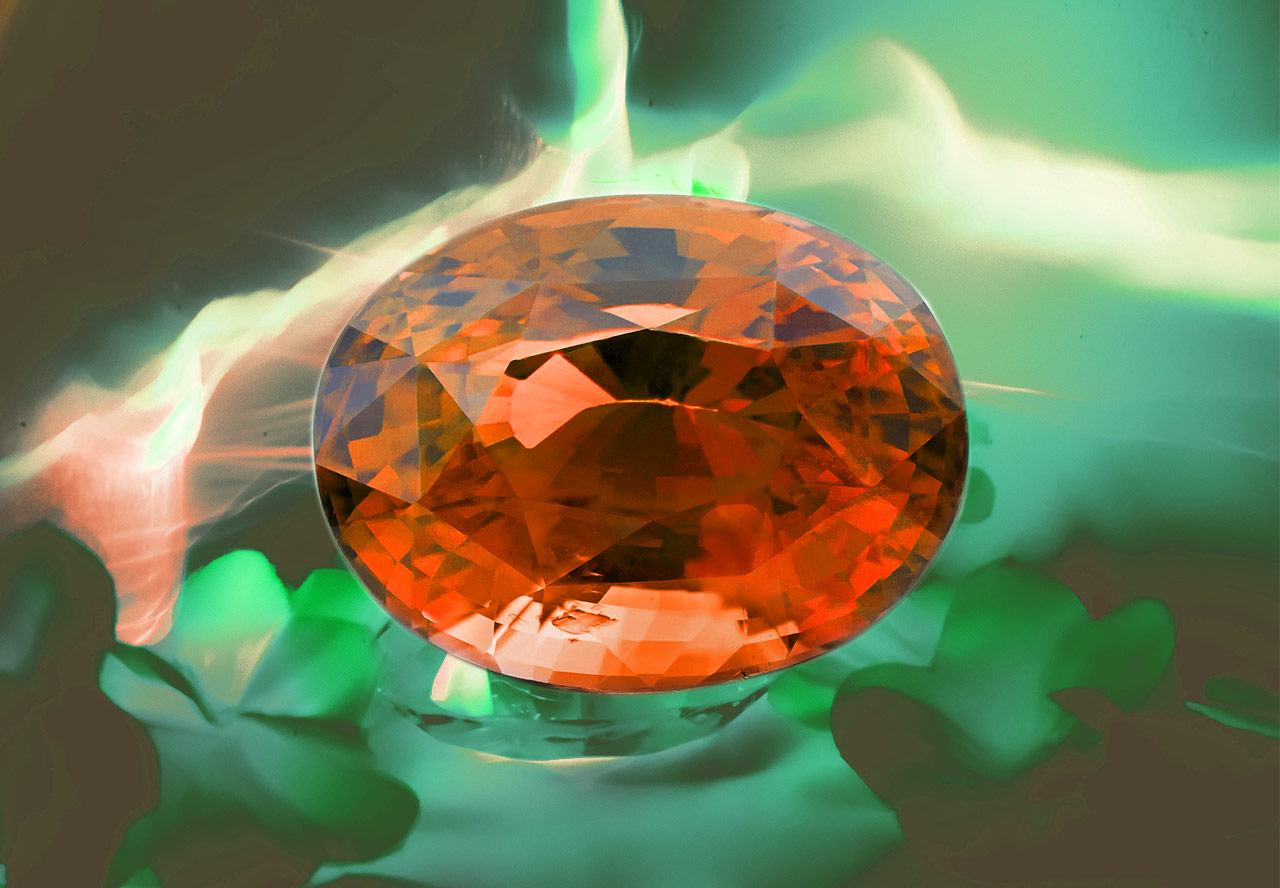 It is unusual to find Padparadschas that are more than two carats in weight. Indeed, a stone above five carats can be considered world class and auction house worthy. Eugenie’s gem appears to be between three and four carats, which is another symbol of its superiority. The largest Padparadscha sapphire is 100.18 carats and can be found in the New York’s American Museum of Natural History. 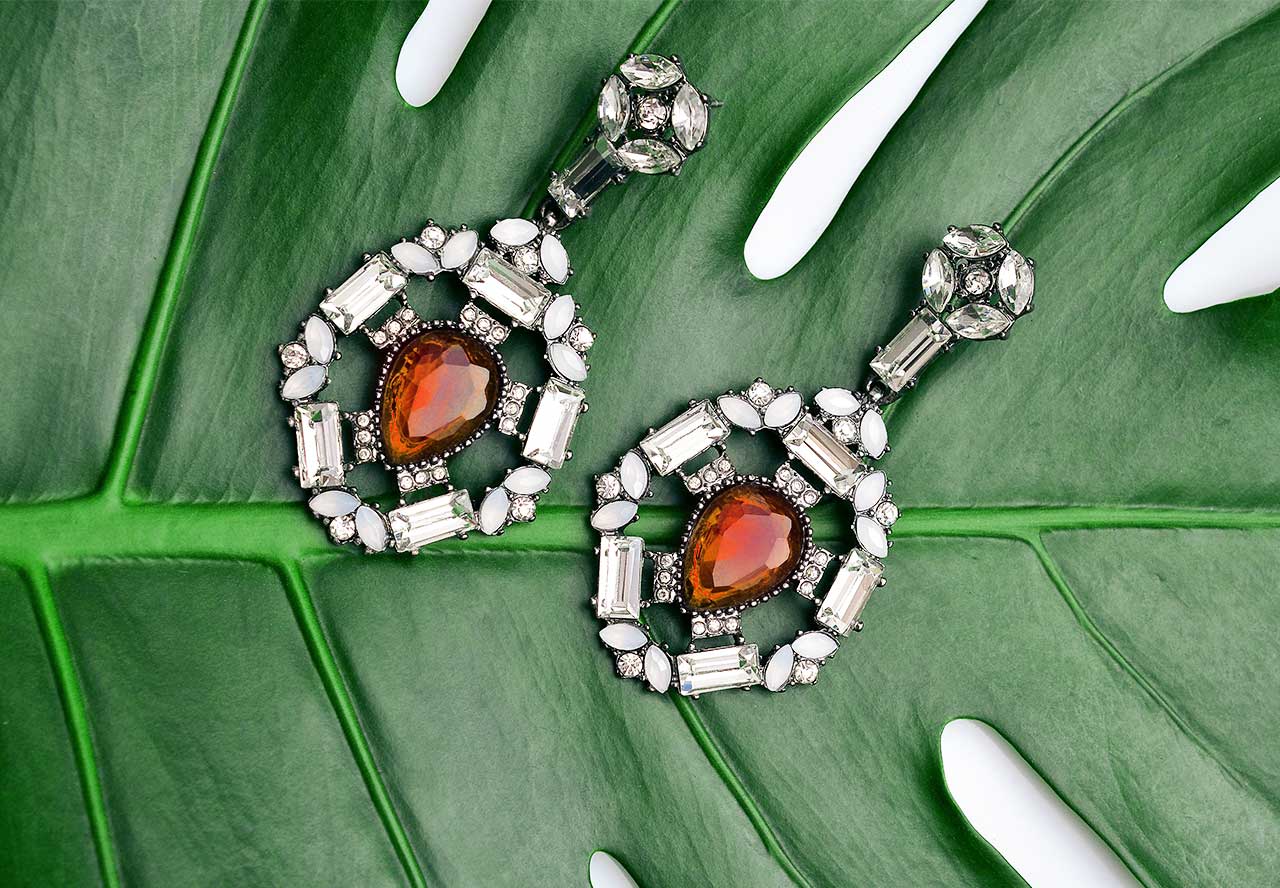 Pink sapphires are linked with creativity, love, and romance, while orange sapphires symbolise energy and enthusiasm. Combining both in one stone, Padparadschas are the ultimate expression of devotion. Today, many Padparadscha sapphires are heat-treated to improve their appearance and the resulting intensified pink and orange hues are vibrant and enhanced. Nearly all sapphires are heat treated or chemically altered in this manner to become saleable, market-grade stones. Only 0.5 – 1% of sapphires discovered are of gem quality without treatment.

What to look out for

Clarity is an important element when choosing a Padparadscha because its light tones can easily reveal inclusions that will dull the delicate colour. The extreme scarcity of Padparadscha ‘rough’ means that cut stones are generally shaped to conserve as much material as possible, which can result in unusual  ̶  and extremely attractive  ̶  asymmetrical cuts. Because of their rarity, they sell at a premium, commanding prices akin to those of emeralds and rubies. Some natural Padparadschas can near the price of a fine blue sapphire, reaching several thousand pounds per carat. Princess Eugenie’s engagement ring is thought to be worth between £70,000 and £75,000 . In a bid to mimic their unique beauty at a reduced cost, many treatments have been developed to create Padparadscha-like colour in other, less expensive, sapphires. When heated to extreme temperatures in the presence of beryllium, poorly-coloured pink sapphires can emerge with a similar pinkish-orange tone. The resulting colour is unstable and will fade with prolonged exposure to sunlight. Other treatments, such as oiling, dying and surface diffusion are seen on occasion. When choosing a stone, therefore, always check its authenticity.

So, if you’re after the unconventional but still want the wow factor, a Padparadscha sapphire is sure to turn heads and leave a lasting impression.