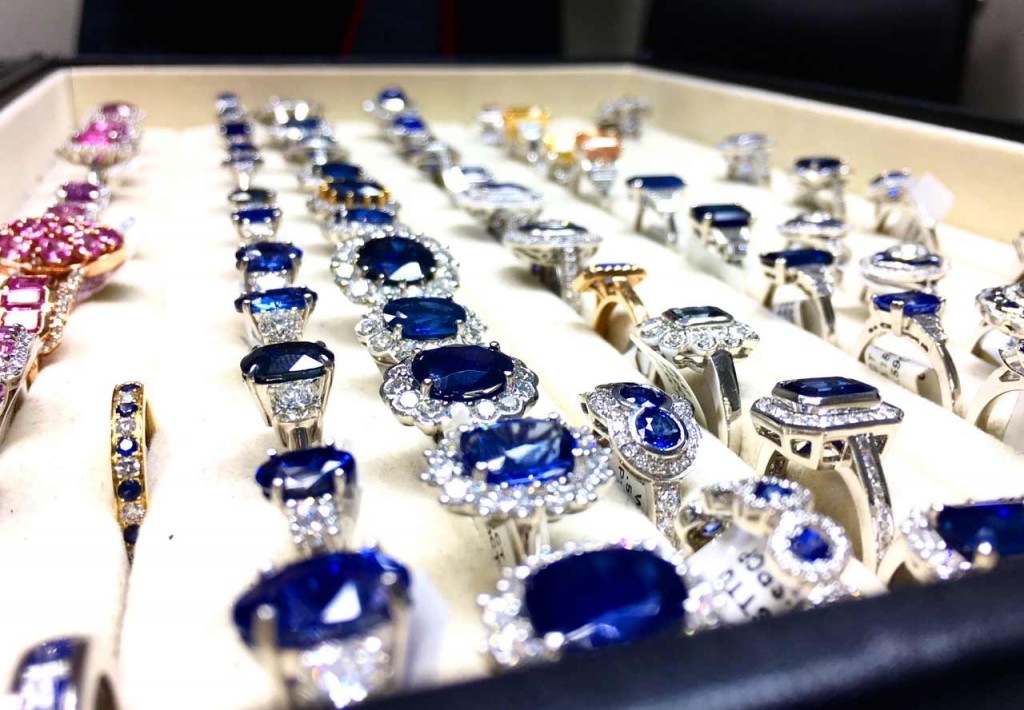 Sapphires have become increasingly popular in recent years, much of which can be attributed to the millennial generation’s new take on wedding jewellery. For instance, couples are now spending 19% less on engagement rings than they did 10 years ago, according to a survey from Protect Your Bubble.

That’s not to say that the rings themselves are losing significance, just that adventurous couples are departing from the expected and looking to different-coloured stones instead of the more traditional diamond. Gemstones such as rubies, emeralds and sapphires are all increasingly popular alternatives at more modest prices. Sapphires, in particular, have benefited from this recent trend. Some of this may be down to the royal factor, with Prince William proposing to Kate Middleton with a sapphire and diamond engagement ring that had belonged to his mother, Dianna, Princess of Wales.

Likewise, celebrities such as Victoria Beckham can be seen wearing blue sapphire rings, and even the Queen often sports a large, oblong blue sapphire brooch set in gold – one of the most famous, historical pieces to be passed down through the British monarchy.

Another reason could be their availability in an often surprising range of colours. What’s more, they are also graded a nine on the Mohs scale for hardness, just one below diamonds, which sit at 10.

Sapphires are known in spiritualist circles as ‘stones of wisdom’ in honour of a ‘higher mind’, and thought to bring intuition, clarity and self-mastery. For centuries, sapphires have also been linked to royalty and romance, traditionally symbolising truth, nobility and faithfulness. Ancient Greek and Roman kings and queens wore sapphires to protect them from both envy and harm. Later, in the Middle Ages, the clergy decorated their robes and rings with sapphires to denote Heaven.

Much like diamonds, with their host of shades, each sapphire’s hue depends largely on where and how it is formed. The mineral family of corundum – aluminium oxide – is responsible for producing infinite sapphire colour variants – as well as rubies – with some help from other mineral impurities that seep into the corundum as it cools, giving you the signature range of colours characteristic to sapphires.

When very small amounts of titanium and iron get into the aluminium oxide crystal, blue sapphires are created, although all red corundums are technically rubies. September’s birthstone can be found in the most exotic corners of the world, with Kashmir in India and Sri Lanka mining sapphires for the majority of the past century.

For many, the Kashmir sapphire has remained the superior shade, and one of the most coveted gemstones. With its high clarity and brilliance, it’s also known as the cornflower blue sapphire. Meanwhile, Mogok in Myanmar is the country’s largest area for rubies and sapphires that possess a distinctive royal blue colour.

But it is Madagascar, off the east coast of Africa, that has been a dominant producer of sapphires in the past 10 years. In the 1990s, mining was banned in the northern part of the island to protect its wildlife. The northern sapphire deposits are formed from the mass of alluvial deposits of basaltic rocks, while sapphires in the southern portion of the island are formed from metamorphic rocks. Though it is still thought that most of Madagascar’s sapphires are yet to be inventoried and its mining capabilities are relatively untouched.

From bright yellows and oranges to soft violets 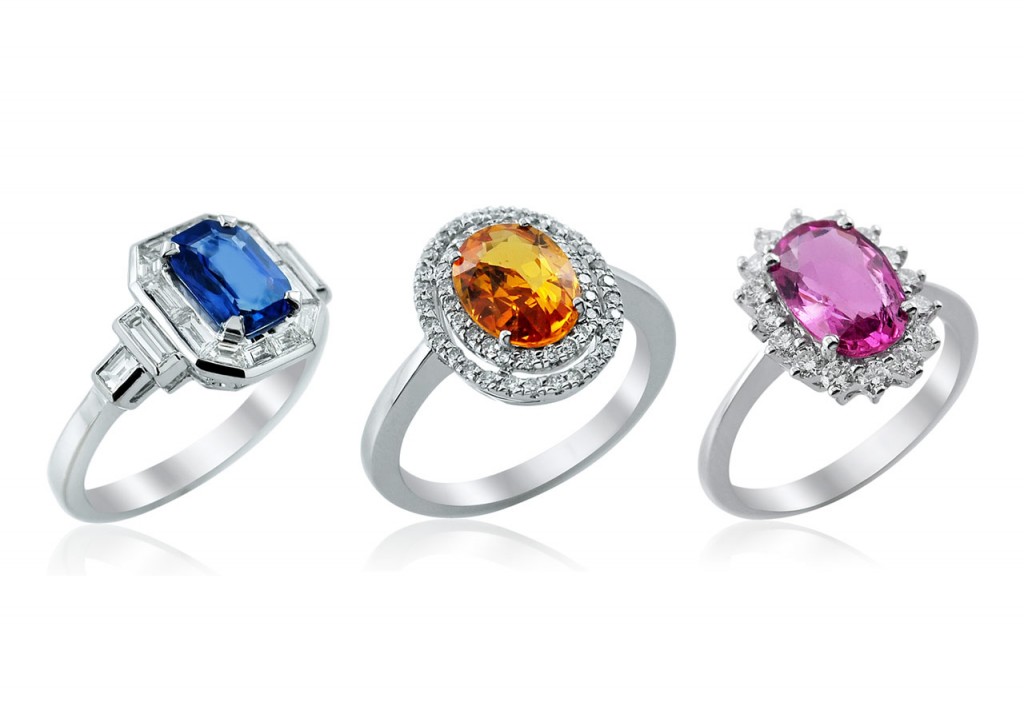 Not all blue sapphires are created equal, though. Indeed, those that are not of the conventional blue are called ‘fancy sapphires’ and their colour can vary from green or yellow to pink, orange, purple, violet and all intermediate hues in between. Even colourless sapphires can form, although these are rare and referred to as ‘white’ sapphires.

In Sri Lankan Sinhalese the word ‘padparadscha’ is given to a rare, orange-pink sapphire and roughly translates to ‘lotus flower’ or ‘lotus blossom’. Black sapphires are particularly hard and, as a result, are often used as components for watch crystals and movement bearings, scientific instruments and electronics.

And, although blue still reigns supreme, another colour is quickly gaining ground – pink. Pink corundums may be classified as either a ruby or a sapphire and though rare, deposits can be found in Madagascar, Myanmar, Sri Lanka and Thailand. Their colour can vary from a soft, delicate baby pink to an intense, vibrant fuchsia and is a result of chromium in the mineral – how much chromium will determine both intensity of colour and the price of the stone.

Pink sapphires are, without doubt, romantic, feminine and unusual and make an enticing alternative to blue sapphires. More and more people are falling in love with pink sapphires when choosing their engagement rings.

Diamonds may be forever, but sapphires will be sticking around for a while, so if you’re looking for something a little different, have a browse through our range of ‘fancy’ sapphire rings, earrings and necklaces in a variety of hues. Or if you would like to incorporate a sapphire into your own design, get in touch to book an appointment, or use our bespoke service. 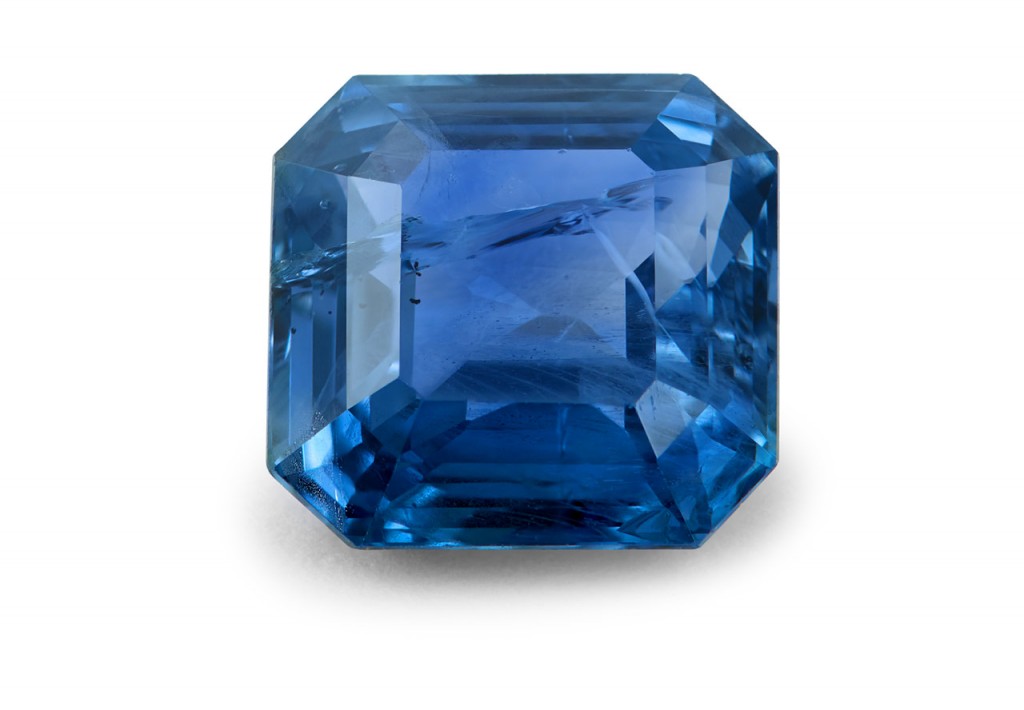