Sapphire: the mesmerising birthstone for September

If your birthday falls in September, then your birthstone is the celestial sapphire For centuries, the sapphire has been referred to as the ultimate blue gemstone. Coveted by the rich, the famous and the powerful, sapphires have long been associated with sacredness and play a part in almost every religion and mythology around the world. 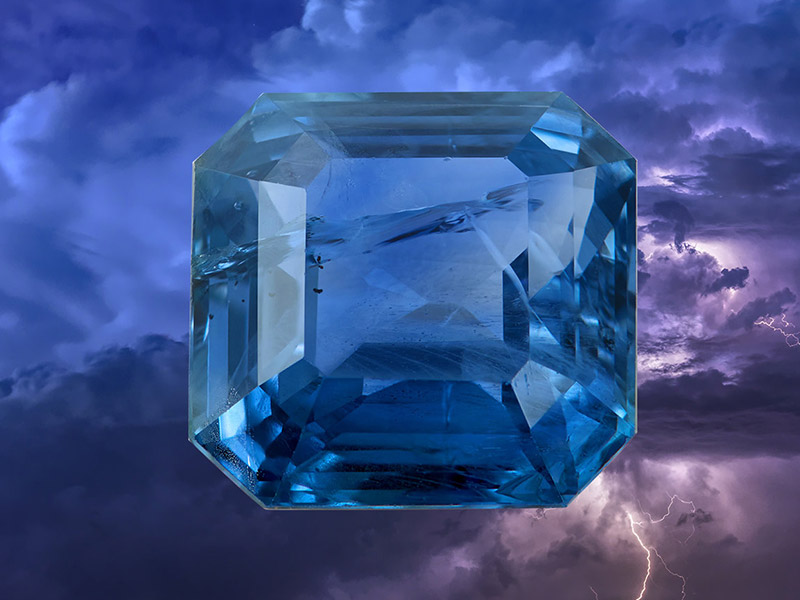 Buddhists believed sapphires brought devotion and spiritual enlightenment, Hindus used sapphire in offerings in the temples, while in the Bible, the gemstone is one of the twelve ‘stones of fire’ given to Moses and set into the breastplate of Aaron. In ancient Persia, people believed that Earth was supported by a giant sapphire that reflected its blue colour up into the sky, and in Greek mythology, one of the Titans stole a sapphire from Zeus. In Burma, now Myanmar, more than 2,000 years ago their main temple was dedicated to the Golden Goddess with blue sapphire eyes... 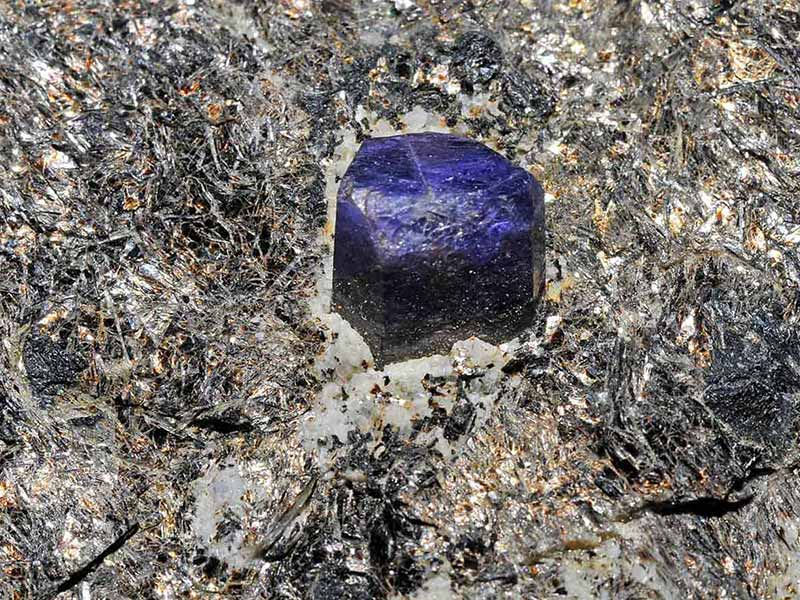 Legend has it that this temple was home to hundreds of cats, one of which was owned by the temple’s wisest monk, the Grand Lama. One night, the temple was attacked and the Grand Lama murdered. The cat put his paws on his master’s body and looked up to the Golden Goddess. Instantly, the cat’s eyes were turned into two blazing sapphires, and the powerful magic sent the enemies fleeing. The legend claims that this is why Birman cats today are known for their piercing sapphire-blue eyes. In a similar vein, in the Middle Ages, the gemstone was believed to protect those close to you from harm, and in ancient Greece and Rome, royalty wore blue sapphires to protect them from their enemies. Astrologists today associate blue sapphire with the planet Saturn, and believe the gemstone to have mysterious healing properties, as well as encouraging truth, loyalty and wisdom, especially when worn by those born in September. 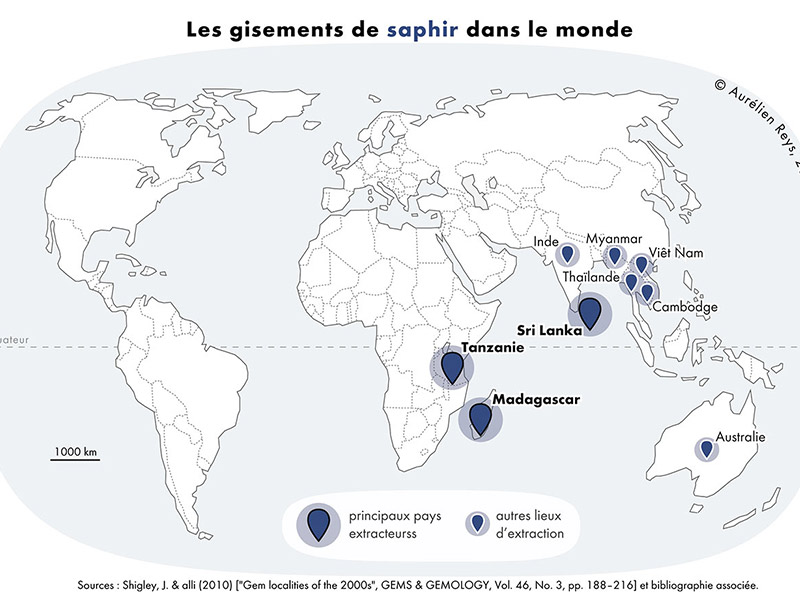 Sapphires are also believed to cure physical ailments, especially headaches, earache, eye infections and thyroid problems, as well as healing the mind and lending strength and focus. The word ‘sapphire’ originates from the Greek sappheiros, meaning ‘blue stone’, and while sapphires are generally thought of in their blue form, they also come in almost every other colour, including pink, yellow, orange and green. The gemstone belongs to the corundum mineral family, which also includes rubies. Therefore, the name ‘sapphire’ can describe any corundum gemstone that is not red. Mystical colour-changing sapphires also exist, known as ‘phenomenon’ stones. 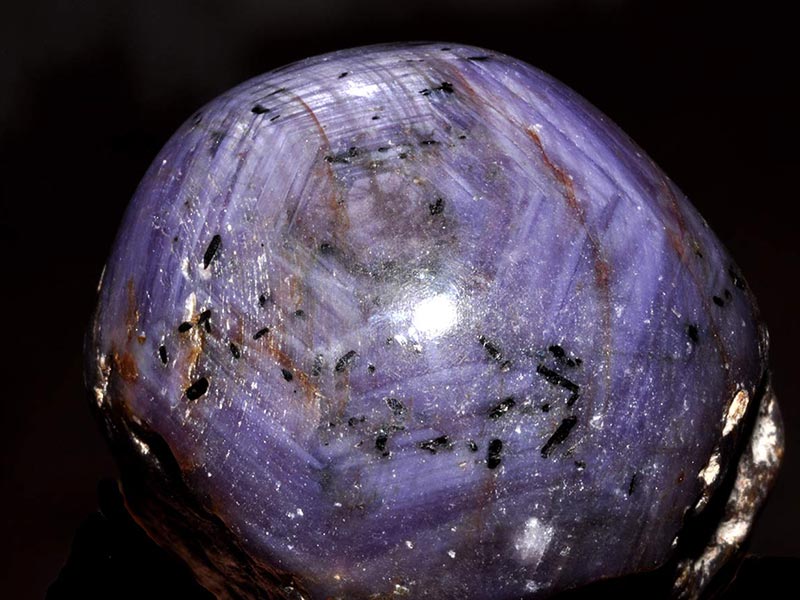 When sapphires are any colour other than blue, they are called ‘fancy sapphires’. These different colours are caused by different impurities within the crystal, for example yellow sapphires get their colour from ferric iron. Blue sapphires range from very pale blue to deep indigo - a result of small amounts of titanium and iron within the structure. The gemstone is most desired in pure and rich blue, and the purer the blue, the greater the price. Sapphires with a highly-saturated violet-blue colour are more rare, and many find darker hues of sapphire to be just as appealing. The sapphire is extremely resilient and durable, making it the perfect birthday gift that can be worn daily for a lifetime. When first mined, rough sapphires often look dull and dark, however once cut and polished they are transformed into beautiful gems. 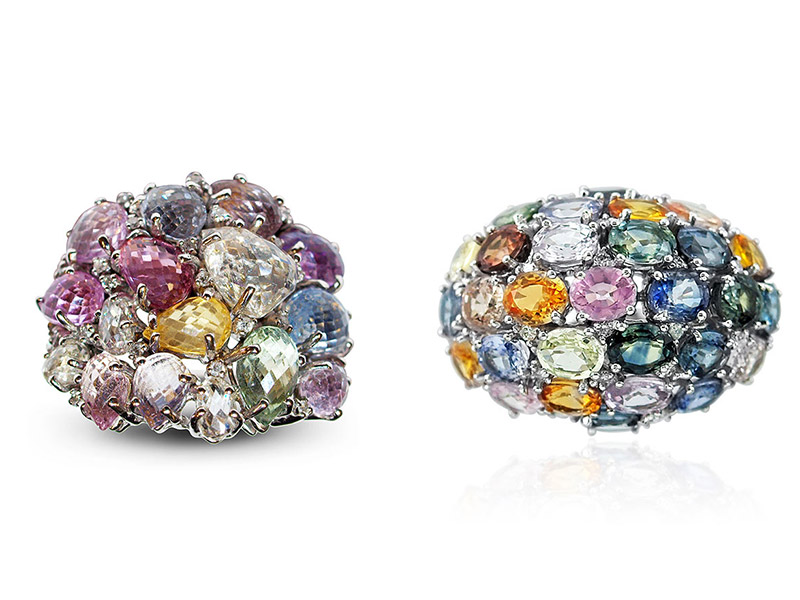 Diamond Rocks Sapphire Fancy & 0.44Ct Round Brilliant Diamond Claw Set Domed Cocktail Ring In 18K White Gold displays all the hues of sapphireThe gemstone is mined around the world across Asia, Australia, Africa and South America, but the most prized sapphires come from Myanmar, Kashmir and Sri Lanka. Famous sapphires include the Star of Bombay - a 182-carat star sapphire from Sri Lanka that was given to silent film star Mary Pickford by her husband Douglas Fairbanks Sr. She entrusted it to the Smithsonian Institute in 1981. Another is the Logan Sapphire, one of the largest faceted gem-quality blue sapphires in the world – at 422.99-carats. This, too, was gifted to the Smithsonian Institute, in 1960. 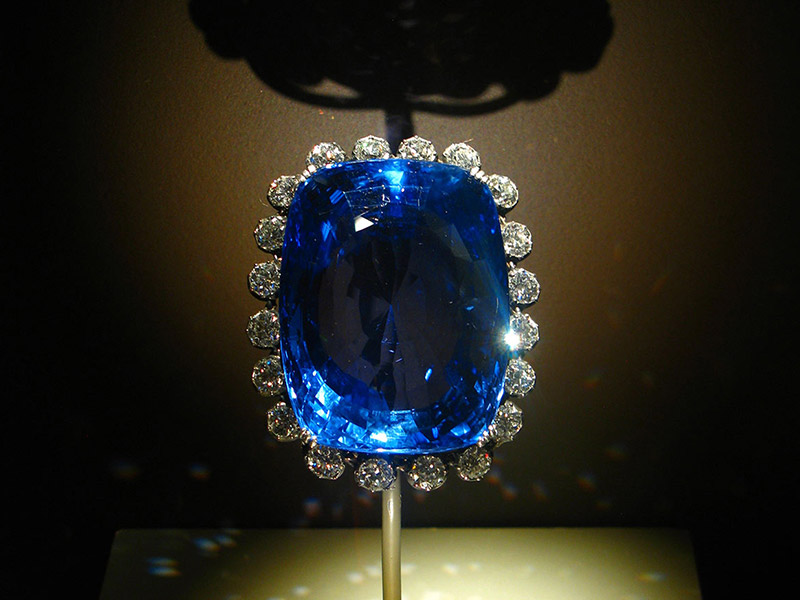 The Imperial Crown, one of the Crown Jewels worn by the British monarch during formal occasions, such as the annual State Opening of Parliament, contains 17 sapphires, including the famous Stuart Sapphire, which was believed to be owned by Charles II. It was among one of the many jewels that James II took with him when he fled France during the English Civil War. Kate Middleton’s engagement ring contains one of the world’s most famous sapphires, thanks to its provenance as the late Diana, Princess of Wales’s engagement ring. The ring consists of a 12-carat oval blue sapphire, cut into facets, and surrounded by fourteen solitaire diamonds. Other notable fans of the blue gemstone include Katie Holmes, Penelope Cruz, Keira Knightley and Helen Mirren, who have all been photographed wearing stunning sapphire jewellery. 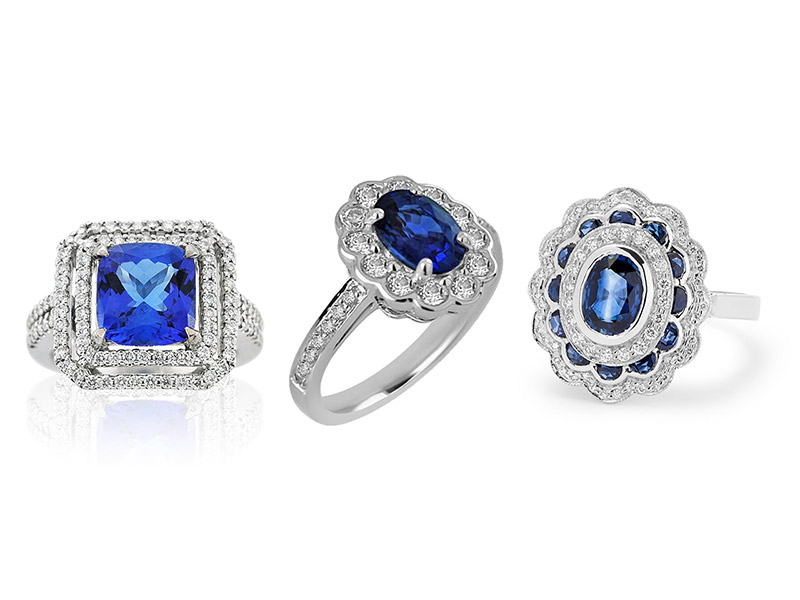 Sapphires are durable, beautiful and valuable and represent loyalty, protection and wisdom. For this reason they are the perfect meaningful and long-lasting gift for anyone born in September. Like this  fancy 6.39Cts sapphire brilliant  necklace In 18K white gold. 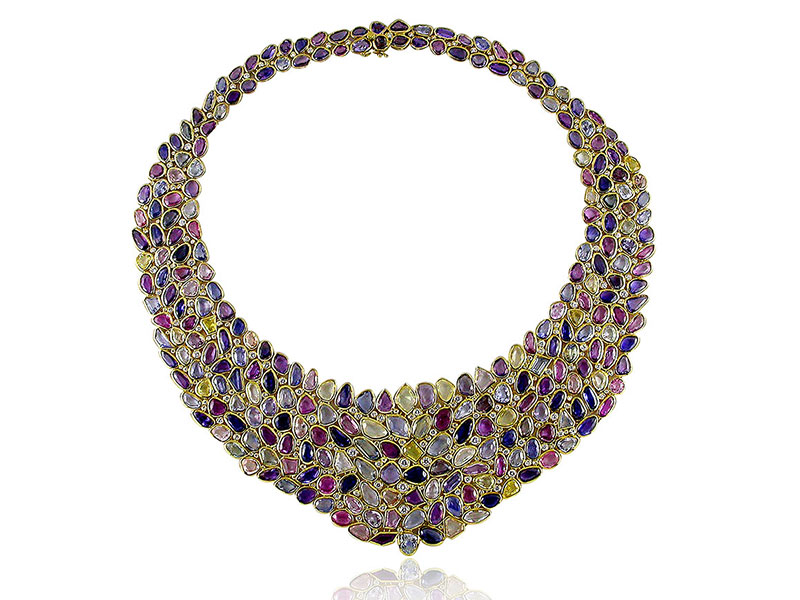