Tanzanite: Everything you need to know about the birthstone for December

Magazine Gemstones A Guide to

If your birthday is in December, your birthstone is tanzanite: a rare and new addition to the gemstone world. 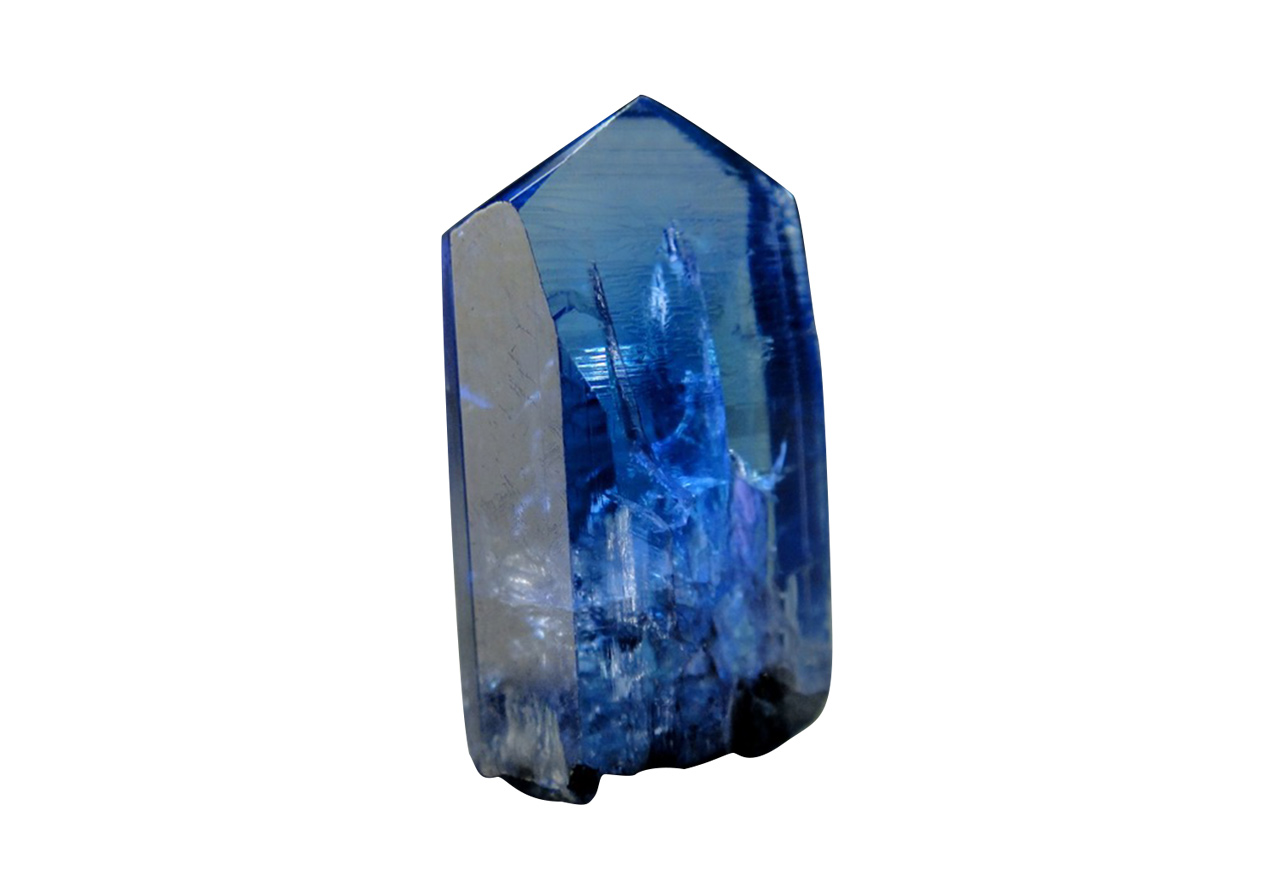 Anyone lucky enough to be born in December has a choice of three beautiful, blue birthstones: turquoise, zircon, and the newest addition, tanzanite. Discovered in 1967 and added to the birthstone list in 2002 (the first gemstone to achieve such a status since 1912), tanzanite, the blue variety of the mineral zoisite, is now one of the world’s most popular blue gemstones.

Some of Our Tanzanite Rings 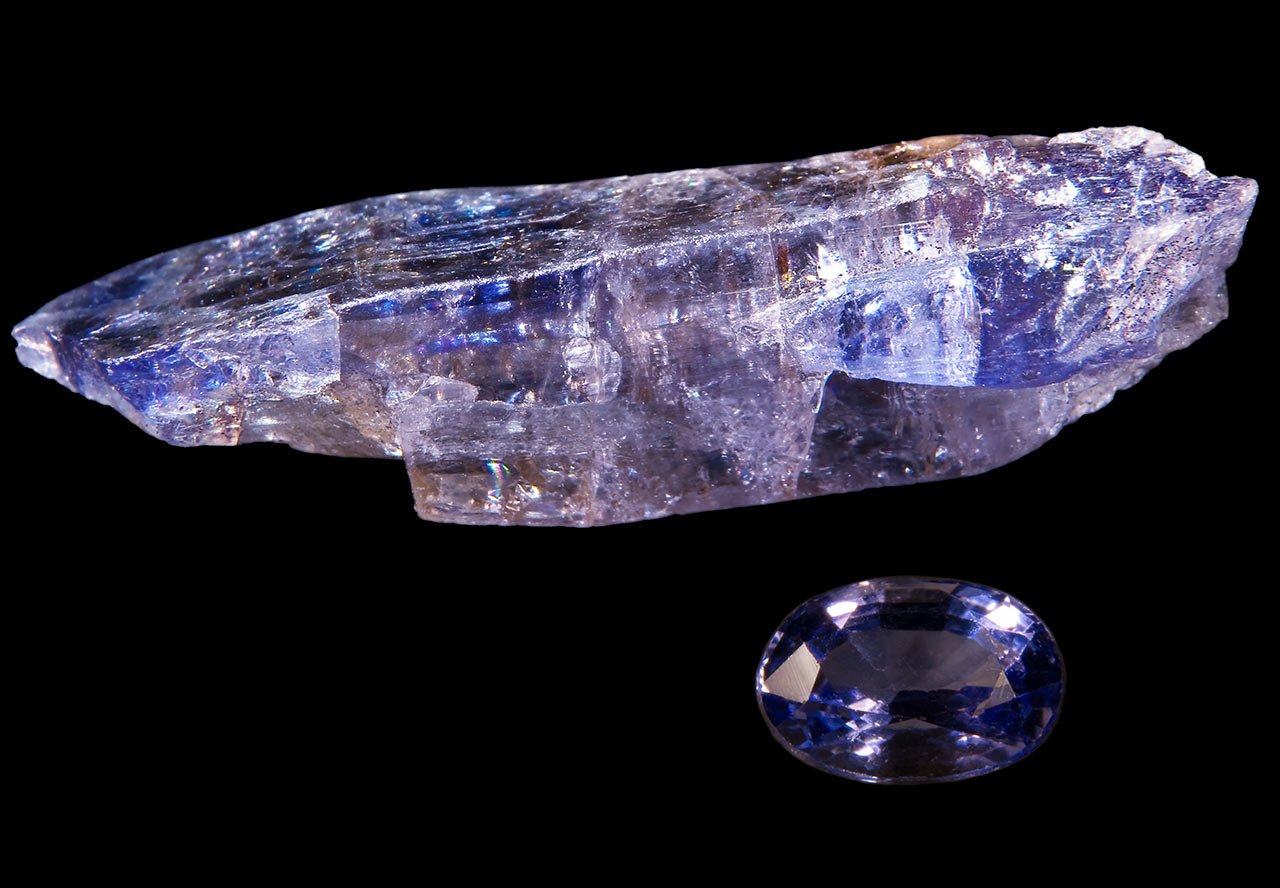 Its rarity is due to it being found in only one place on earth – in the Merelani Hills of Tanzania, located near the foothills of majestic Kilimanjaro. Legend has it that tanzanite was first discovered by Maasai cattle herders after a lightning strike set the dry, grass-covered hills on fire. As the fire swept through the hills, brown gemstones lying on the earth were set alight, turning them an astonishing shade of blue. The Maasai herders collected the gemstones – originally thought to be a new kind of sapphire – and alerted a Portuguese fortune hunter named Manuel d’Souza. Tiffany & Co. recognised the blue gem’s potential as a rival for sapphire and agreed to become its main distributor, renaming it tanzanite after its exclusive place of origin and because the jewellery firm didn’t think the name ‘blue zoisite’ was very appealing to consumers. 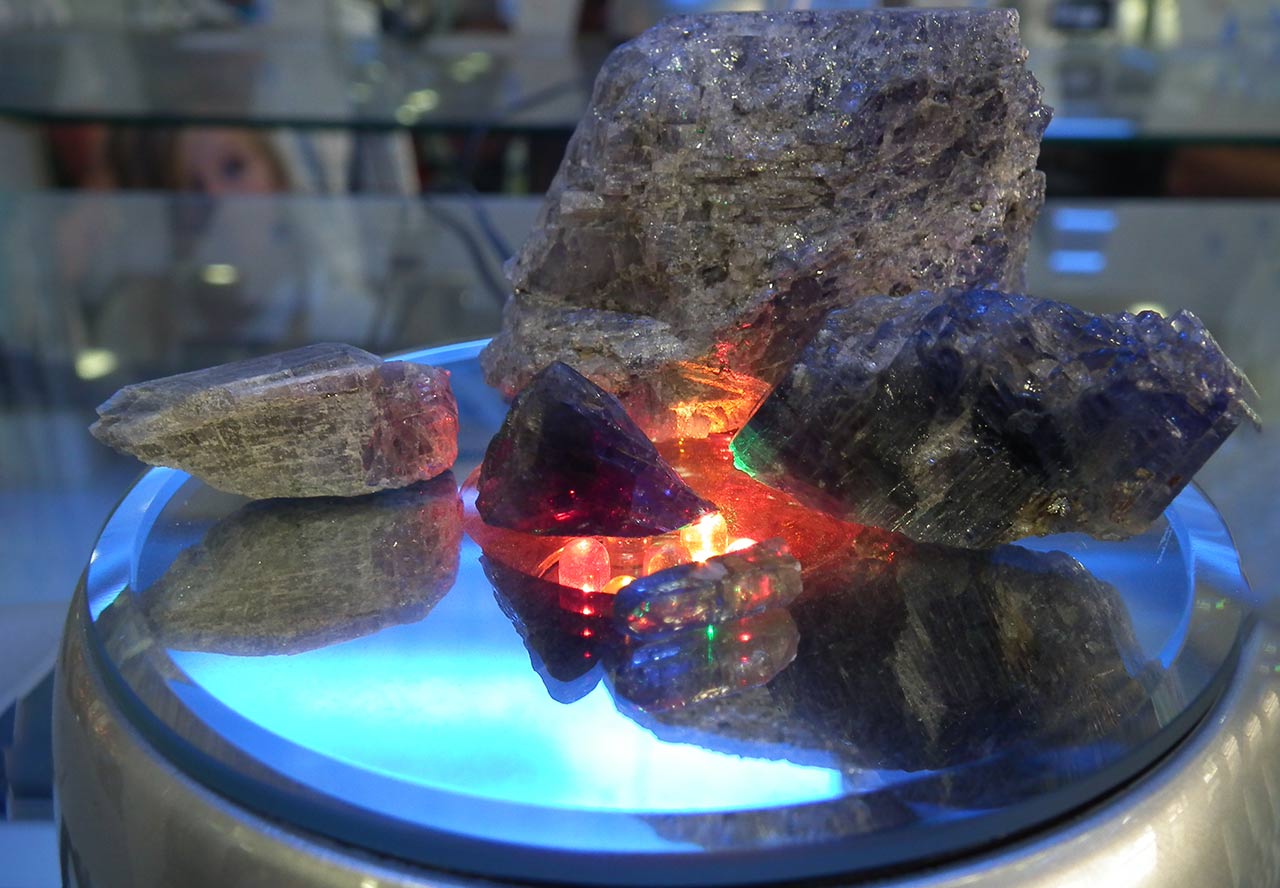 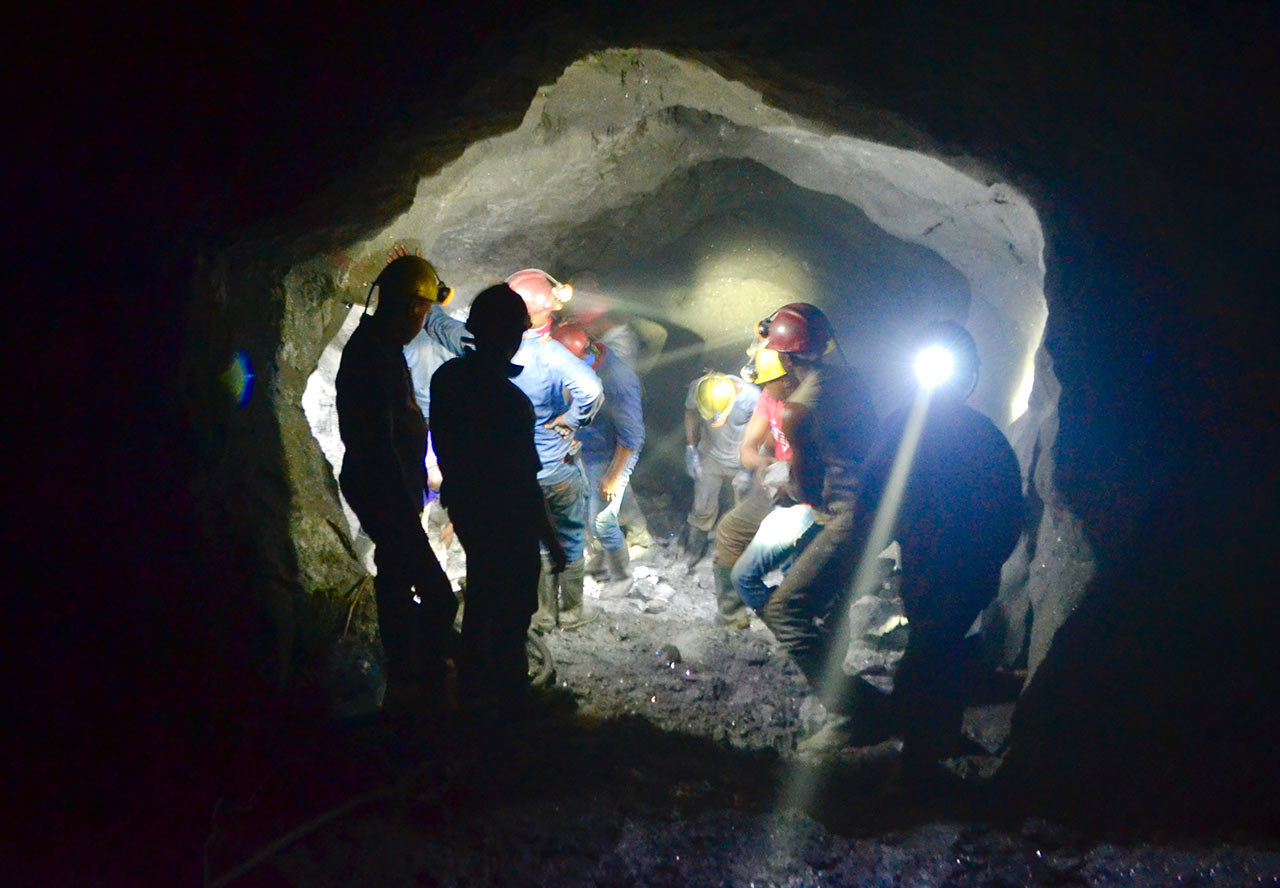 Miners searching for Tanzanite beneath Mount Kilimanjaro. Photo by Africraigs via Wikimedia Commons.

Tanzanite was introduced with a promotional campaign a year after its discovery in 1968. In one advert, dating from the 1970s, a selection of tanzanite rings are pictured against a backdrop of grazing zebras, along with the message: “From the foothills of Mt Kilimanjaro comes tanzanite, the loveliest blue gemstone discovered in over 2,000 years. Tanzanite can now be found in significant quantities in only two places in the world. In Tanzania. And Tiffany’s.” Tanzanite is said to be 1,000 times rarer than diamonds because it's only mined within a few square miles in Tanzania. And, unlike diamonds, tanzanite can be certified to be conflict-free.

Its price and availability fluctuate dramatically, as a result of mine management; mines which experts anticipate will be depleted within approximately 25 years. 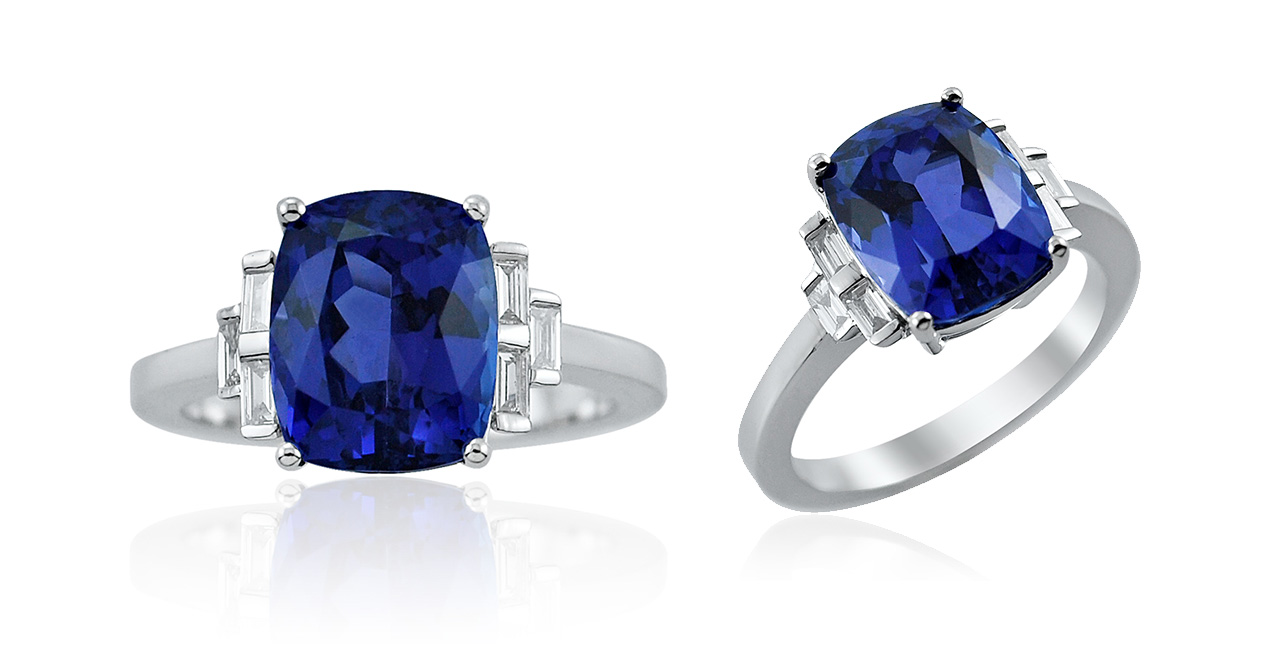 The gems typically come out of the ground brownish in colour. Approximately 80% are found in this state and have to be heat treated to burn away the brown tones, leaving blue, violet and pink hues. The reaction is caused by vanadium in the zoisite, which turns blue under extreme heat. A very few, incredibly rare tanzanites do come out of the ground blue or violet, usually as a consequence of natural heating while the gems are still buried. The rarest of all are blue tanzanites that display no indication whatsoever of heating and they are graded in a similar fashion to diamonds; for their carat, clarity, cut and colour. 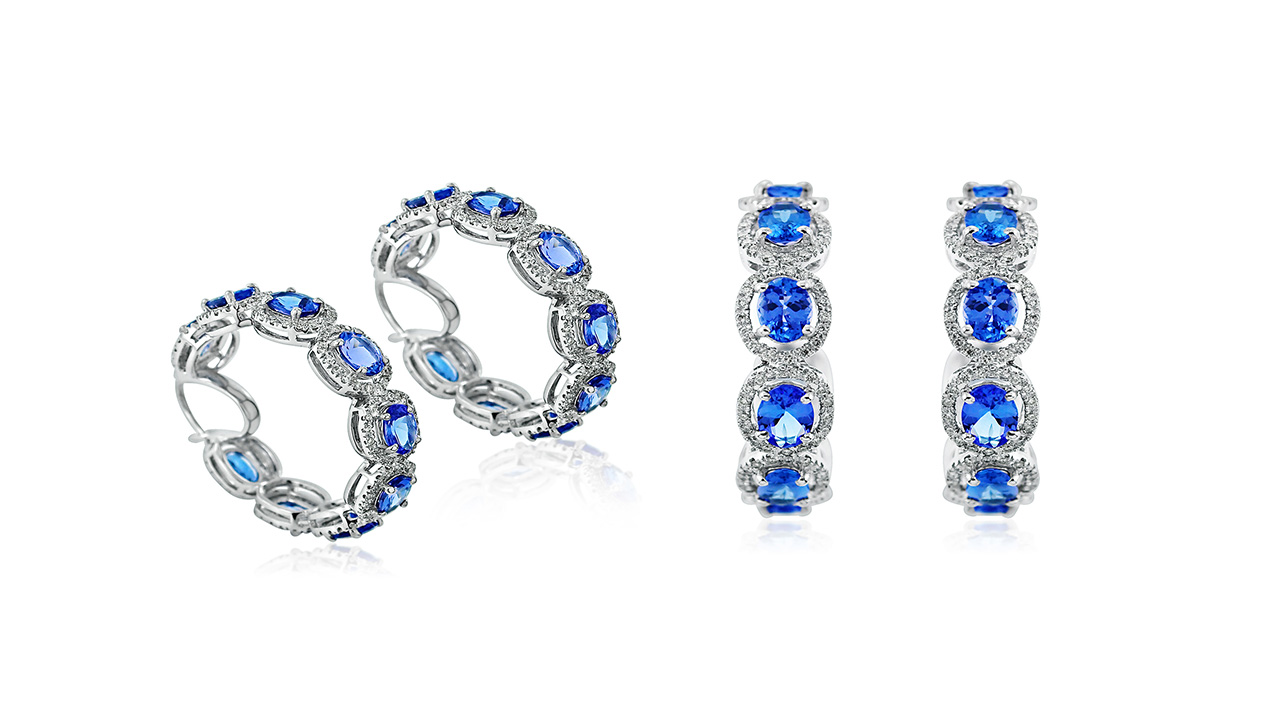 Tanzanites come in a stunning array of blue tones, ranging from deep velvety blue to light purple. In smaller sizes, lighter tones of lavender are more common, while larger sizes tend to display a deeper, richer blue. This deeply saturated blue, with violet hues, is the most sought-after colour, while paler shades tend to be less expensive. Due to an optical phenomenon called pleochroism tanzanite can display different colours when viewed from different angles. It is important for stones to be cut properly in order to highlight their more attractive blue and violet hues and hide the less desirable brown tones. The cut significantly influences the colour, which, in turn, determines the price. Tanzanite is available in a wide range of shapes and sizes, though cushion and oval cuts are most common. One of the world’s most famous tanzanites - the 563-carat Namunyak tanzanite - was recut to 423.56 carats and is royal velvet blue when viewed from the top, deep purple from one side, and pink red from the other side. This is the largest tanzanite ever sold at auction, going for just under $300,000 in Hong Kong.

The biggest tanzanite ever discovered was a 16,839-carat rough that weighed more than 3.2 kilograms. It was mined in 2005 and named Mawenzi after Mount Kilimanjaro’s second highest peak. These examples are particularly remarkable given that most faceted tanzanite weighs less than five carats and stones heavier than 50 carats are rare. However, The Smithsonian Institution’s collection includes a faceted 122.7-carat tanzanite. Despite being relatively new to the scene, tanzanite has quickly risen in popularity thanks to its exclusivity, vibrant blue colour and rivalry with sapphire. Beyoncé, Sarah Jessica Parker and Anne Hathaway have all been seen wearing the blue gem in recent years, and the gemstone continues to grow in popularity. Tanzanite is also the traditional gift for a 24th wedding anniversary, so if you have one coming up, or if you or your loved one was born in December, give the gift of an exquisite blue tanzanite.