The 10 most famous diamonds in the world

Diamonds have been a celebrated part of human history for centuries. Even the smallest of the stones are treasured, but it’s the large stones – and especially those with an intriguing past – that make into the ranks of the world’s most famous diamonds. 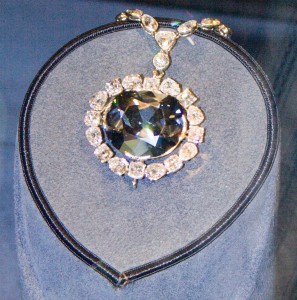 Probably the most well-known of all gems, the 45.52-carat Hope Diamond has a past as colourful as the stone itself. The stone’s story as we know it begins in 1642, when a French merchant purchased it and then resold it a few years later to King Louis XIV of France. The diamond remained in the possession of French royalty until 1792, when it was stolen during the French Revolution.

In 1830, the gem was bought by Henry Hope and was later sold by his ancestors to settle debts in 1901. From there, the diamond went to another private citizen in the US, before it finally reached the famed jeweller Harry Winston in 1940.

After travelling to exhibits around the world, the diamond was donated to the Smithsonian Institute in Washington, D.C. where it is currently on display. Some believe that this is the best place for the gem, as it is rumoured to be cursed, causing pain and suffering to anyone who owns it.

Made famous by its celebrity owners Richard Burton and Elizabeth Taylor, this diamond was first discovered in 1966. Burton purchased the 69.42-carat stone for $1.1 million in 1969 as a gift for Taylor, who had it set into a diamond necklace as it was too heavy to wear as a ring.

However, under the rules of the ring’s insurance policy, Taylor was only allowed to wear the diamond 30 days per year and under the protection of armed guards. When Burton and Taylor divorced in 1978, Taylor sold the diamond for between $3 million and $5 million, with some of the proceeds going to charity.

None of these stories have been proven, however, and today the diamond remains in the possession of an anonymous buyer, who purchased it along with three other famous gems in 1983. 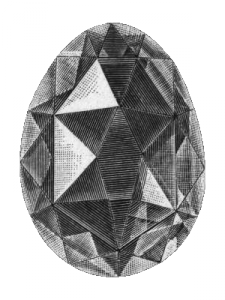 The story of the 55.23-carat Sancy Diamond goes all the way back to the 1400s, when the stone belonged to Charles the Bold, Duke of Burgundy. After his death in battle, the pale yellow gem changed hands several times, finally ending up in the jewel collection of a French diplomat called de Sancy.

The stone was next borrowed by Henry III of France, who wore it in a cap to hide his premature baldness. De Sancy sold the diamond in 1605, and, over the next three centuries, it was owned by members of the English monarchy, an Italian cardinal, an Indian prince, and a Russian nobleman. The Astor family purchased it in 1906, later selling it to the Louvre in 1978, where it is currently on display. 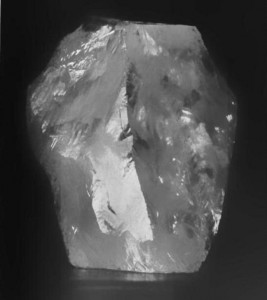 Registering in at 530.20 carats, the Great Star of Africa is the largest cut diamond in the world. The gem was originally part of an uncut stone discovered in 1905 and weighing 3,106.77 carats.

Before being cut, the diamond was evaluated for over six months to determine the best way to cut the gem. Once a decision was made, the diamond was cut into nine principal diamonds and 96 smaller stones. The Great Star of Africa is also known as Cullinan I and currently sits in the head of the Sceptre with the Cross as part of the British Crown Jewels. 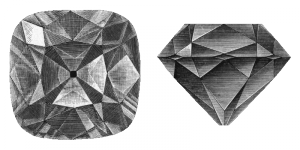 The Regent is generally considered the most beautiful diamond in the world. Discovered by a slave in India in 1698, the diamond was later acquired by Governor Thomas Pitt of England and cut into 140.64 carats.

The French regent, Philippe II, purchased it in 1717 from Pitt, where it remained with French royalty until it was stolen during the French Revolution. The diamond’s whereabouts were unknown until it was finally discovered hidden in an attic in Paris. In 1801, Napoleon Bonaparte acquired the Regent and used it to adorn his sword.

The diamond is currently housed at the Louvre, where it has been on display since 1887.

"Kohinoor" by Unknown - The Crystal Palace and its contents. An illustrated Cyclopaedia of the Great Exhibition 1851. Licensed under Public Domain via Wikimedia Commons

The Koh-i-Noor diamond has the longest known history of any diamond, dating back to 1304. It is believed to have been installed in a Hindu temple as the eye of a goddess during the Kakatyia dynasty. From there, it was stolen during a raid and passed down through other dynasties.

Mongol emperors gained possession of the diamond during the 1500s, and later, Shah Jahan – the man behind the Taj Mahal – had the stone set in his famous Peacock Throne. The stone passed through several more owners before finally ending up as part of the British crown jewels, where it remains today.

Named for the Queen of Holland, Hortense de Beauhamais, the Hortensia diamond registers at just 20 carats – much smaller than any of the other diamonds so far. Perhaps the stone’s fame comes from its illustrious history, which includes being stolen and gracing Napoleon Bonaparte’s uniform.

The ring dates back to the late-1600s, when it was under ownership of the French monarchy. During the French Revolution, the stone was stolen along with other jewels in Marie Antoinette’s collection, but was later recovered after a man facing death via guillotine disclosed its hidden location. From there, the diamond was under the control of Napoleon, who ultimately gifted it to Queen Hortense. Today the Hortensia is on display at the Louvre with the other French crown jewels.

The Centenary Diamond doesn’t have the historical value of the other diamonds making this list, as it wasn’t discovered until 1986. What is does have, though, is exceptional beauty. The colourless South African diamond has been given a grade D – the highest grade possible – in colour by the Gemological Institute of America.

The rough size of the diamond before cutting was 599 carats, and it took a master diamond cutter nearly three years to cut the stone to its current 273.85 carats. The diamond is valued at around $90 million, but the identity of its owner today is unknown. 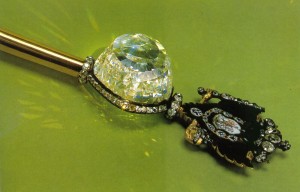 Sometimes called the Orlov Diamond, the Orloff is named after Grigory Orlov, a Russian count who once romanced Catherine the Great. Before that affair, though, the 189.62-carat diamond was making history as an exceptional gem. The stone was used as an eye in a deity at an Indian temple in 1750, but was stolen by a French deserter who had converted to Hinduism in order to gain access to the temple.

After stealing the diamond, he quickly sold it, and it was resold again and again until finally winding up with Orlov. Orlov purchased the diamond for the express purpose of winning back Catherine’s favour, who had taken up with another man. Unfortunately for Orlov, his plan did not work, though Catherine did reward him handsomely with the Marble Palace in St Petersburg. Catherine commissioned the stone to be set in a sceptre and the diamond remains part of the Kremlin Diamond Fund.