Why are Diamonds so Valuable?

The value of a diamond goes all the way back to the time when these beautiful stones were first found.

Thousands of years ago, these stone were found in the south of India. For hundreds of years India was a leader in producing diamonds. Later on diamonds were discovered in Brazil, South Africa, Venezuela, Russia, and Australia. 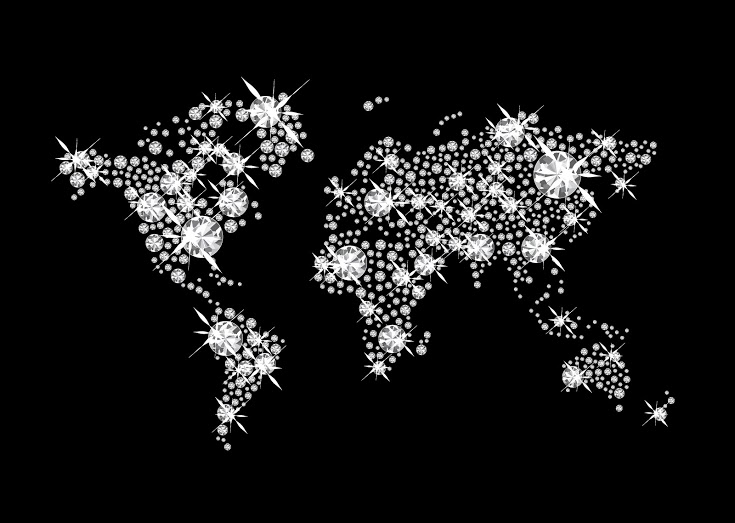 After a brief history about the diamond, it is important to understand the many ideas that suggest why diamonds are so coveted. It is one of the most admired stones on the planet earth and has been one of the most sought after jewels for thousands of years.

Diamonds were formed billions of years ago and are extremely rare because so few are able to survive the difficult journey from the pits of the earth to reach the earth’s surface. From the diamonds that are being mined today, only about 50 percent are thought to be high enough quality to be sold on the diamond market.

Many skilled experts will handle a diamond before it makes it to the one that is coveting such a precious stone. Its journey will have been through about four continents and the lives of hundreds of people and families.

Until the 15th century, kings were the only ones allowed to wear diamonds as it was considered to be a symbol of strength and courage. Those who wore diamonds where thought to be invincible.

Over the years the diamond has become better known as the ultimate gift of love. Since its discovery diamonds have always been coupled with the thoughts of romance and legend. The word diamond originates from a Greek word which means unconquerable. This suggests the eternal nature of love, further going along with the Greek philosophy that the fiery brilliance of the diamond reflects the undying flame of love. The reason a woman wears a diamond ring on her third finger of her left hand goes back to the early Egyptian’s belief that the vena amoris, which when literally translated means vein of love, ran straight from the heart to the top of the third finger on the left hand.

Today a diamond’s value is typically measured by putting in to test of the 4 C’s which are; Colour, Clarity, Cut, and Carat.